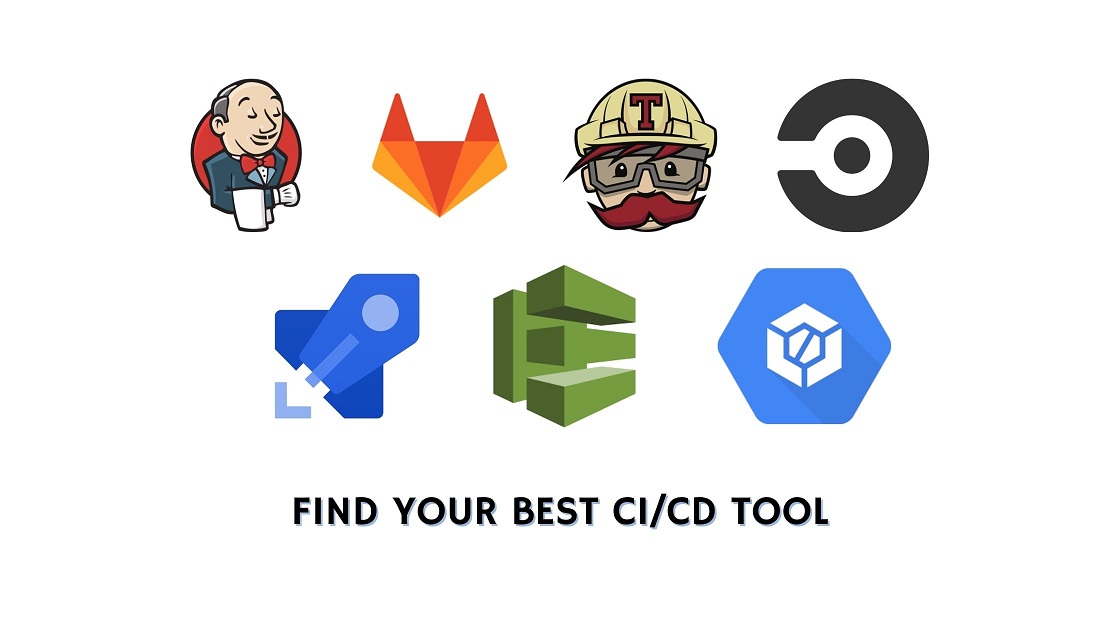 Today, the businesses need to quickly adapt to the current market conditions. As a result, IT departments had to adapt to these requirements, which meant that previous practices are no longer accepted. Even 10 years ago, updating a system or application once a year or quarter was standard practice. Today, updates must take place every few weeks, days or even hours.

Currently, there are several dozen CI/CD tools on the market. Choosing the best tool is very difficult. This is because there are many factors to consider when choosing. For some the price will be the most important. For others, whether the solution can be installed on your own server or in the cloud.

To help you with this choice, I have prepared a report listing the 24 most popular CI/CD tools. It will allow you to quickly find the right tool to meet your requirements.

Additionally, the report is available as a pdf file, which contains all the most important information in the form of a clear infographic.

In addition, the report can also be viewed as a Google Sheets document. In this document I included information in the form of an easy to read table that allows you to filter the selected features of the ideal tool. Link to document : Best CI/CD Tool

Legend for the report:

Jenkins is the most popular CI/CD tool you can find in the market right now. It offers the largest number of plugins and various integrations that allow you to perform all the required operations during each pipeline step. Jenkins is also one of the oldest tools which makes it stand out from other, more modern tools.

Best for teams that want to use the most widely used solution that provides the largest number of plugins and integrations.

You can find a guide on how to get started with Jenkins here: How to install Jenkins using Docker Compose?

Gitlab is one of the most widely used GIT servers. It offers not only tools for managing GIT repositories, but also many additional modules such as code overview, bug management or internal documentation. The module for CI/CD is also a very big plus. Users also praise it for having a free version that you can install on your own servers.

Best for teams that want a comprehensive solution that includes a version control system and CI/CD workflow.

You can find a guide on how to get started with GitLab here: How to install GitLab using Docker Compose?

CircleCI is a CI/CD platform that aims to deliver speed and reliability – both in the cloud or in private infrastructure. It is praised for its simple configuration, fast application builds, and convenient user interface.

You can find a guide on how to get started with CircleCI here: How to prepare your first CI/CD project in CircleCI?

AWS CodePipeline is a fully managed CI/CD service that helps automate release processes to update applications and infrastructure quickly and reliably. It is a service, that takes advantage of Amazon AWS cloud benefits such as integration with other internal services or the ability to pay for the service only as long as you need it.

Best for teams that are already using the AWS Cloud.

You can find a guide on how to get started with AWS CodeBuild which is a component of CodePipeline here: How to prepare the first CI project in AWS CodeBuild?

Azure Pipelines is a CI/CD service managed within the Microsoft Azure cloud. It enables the creation of CI processes in the cloud for Linux, macOS and Windows. In addition, it supports the development of web, desktop as well as mobile applications.

Best for teams that are already using the Azure Cloud.

GCP Cloud Build is a CI/CD service managed within the Google Cloud Platform cloud. It enables rapid software development in all programming languages including Java, Go, Node.js and others. Additionally, it allows for deployment to multiple environments such as virtual machines, Kubernetes or Firebase.

Best for teams that are already using the Google Cloud.

TeamCity is a CI/CD server developed by JetBrains. It integrates with build and test tools and visualizes CI/CD processes in detail. Users praise the tool for being easy to configure and use.

Best for teams that want an easy-to-use solution that provides useful wizards to speed up configuration.

Bamboo is a CI server that aims to offer resilience, reliability and scalability for teams of any size created by Atlassian. Users value it for its integration with other Atlassian tools such as Jira, Confluence and Bitbucket.

Best for teams that want a on-premise solution that is fully integrated with another Atlassian tools (Jira and Bitbucket).

Bitbucket Pipelines is the second tool offered by Atlassian to support CI /CD automation. This time it is built into the Bitbucket version control server. It allows you to easily create processes using pre-made templates for various programming languages.

Best for teams that want a cloud solution that is fully integrated with another Atlassian tools (Jira and Bitbucket).

Buddy (also known as Buddy.Works) is an easy to configure and use CI/CD solution. The system allows you to quickly build, test and deploy applications with just a few minutes of setup.

Best for teams that want a very fast build system with easy setup.

Travis CI is a CI/CD platform that allows developers to quickly and easily build, test, and deploy code. It provides multiple runtime environments (such as Node.js or PHP versions) as well as simple tutorials for them. Users praise the platform for its ease of getting started and its pleasant interface.

Best for teams that want a cloud system with good GitHub integration and nice interface.

Codeship is a (SaaS) solution that enables engineering teams to deploy and optimize CI/CD in the cloud. The solution is provided by CloudBees. It is valued for its easy configuration and simple user interface.

Best for teams that want a solution that provides a set of tools for quickly creating and building our deployment artifacts and push them to the designated servers.

GoCD is a CI/CD solution that aims to show the entire path to production in a single view. This tool allows you to easily navigate through tasks, detect inefficiencies and optimize processes. It is also a very flexible solution praised for its structure and dependencies in tasks.

Best for teams that want a free and open source solution with parallel execution.

Semaphore is the only CI/CD solution that provides efficient support for monorepo projects (code for multiple projects is stored in the same repository). The tool also provides a Visual Pipeline Builder that makes it easy to work with complex processes.

Best for teams that want a very fast solution with simple configuration with Visual Pipeline Builder.

Codemagic is a CI/CD solution dedicated to mobile applications.

Best for mobile development teams that want a building server for Flutter, React Native, Ionic and Cordova, as well as Native Android and Native iOS

Best for teams working in python (system and configuration is based on this language).

GitHub Actions is a CI/CD system running within the GitHub platform. It allows you to build, test and deploy your code directly from GitHub.

Best for teams that are already using the GitHub solution.

Concourse is an automation system written in the Go language. It is most commonly used for CI/CD automation, and its design allows it to scale to any type of automation process, from simple to complex.

Best for teams that want a quick tool where everything can be defined in code: tasks, server configuration, worker. This makes it easy to update or move the solution.

Tekton is a CI/CD tool available in the cloud. It consists of the Tekton Pipelines system, which provides the building blocks and supporting components such as the Tekton CLI and Tekton Catalog, which make Tekton a complete ecosystem.

Best for teams that want a cloud-native solution for building CI/CD pipelines. Tekton installs and runs as an extension on a Kubernetes cluster and comprises a set of Kubernetes Custom Resources that define the building blocks you can create and reuse for your pipelines.

Drone is a CD tool that enables teams o automate build, test, and release processes using a powerful native pipeline engine in the cloud. The tool is part of the Harness platform.

Best for teams that want to run their tasks in containers in a local environment.

A tutorial on how to get started with the Drone can be found here: How to run a Drone server for GitHub using Docker Compose?

Harness CD is an application deployment automation tool. It is valued for its automated Canary and Blue-Green deployments and automated verification and rollback of deployments based on machine learning. The tool is part of the Harness platform.

Best for teams that want to use a simple CD tool that gives interesting features such as: feature flags, infrastructure-as-code, cloud costs, change tracking.

Argo CD is a declarative GitOps tool for continuous delivery based on Kubernetes. Argo CD follows the GitOps pattern, using Git repositories as the source of truth to define the desired state of an application.

Best for teams that want a cloud-native continuous deployment (CD) processes. AgroCD use Git as the source of truth and is Enterprise-friendly.

Flux is a set of continuous delivery solutions for Kubernetes that are open and extensible. This tool allows you to deploy applications using canary release techniques, feature flags or A/B rollouts. Flux can also manage any Kubernetes resources.

Best for teams that want a solution that deploy apps with canaries, feature flags, and A/B rollouts. Flux can also manage any Kubernetes resource. Infrastructure and workload dependency management is built in.

Spinnaker is an open-source platform for continuous multi-cloud delivery that combines flexible pipeline management with integrations with major cloud providers. The platform was created by Netflix.

Best for teams that want a delivery server for releasing software changes at a very high speed.